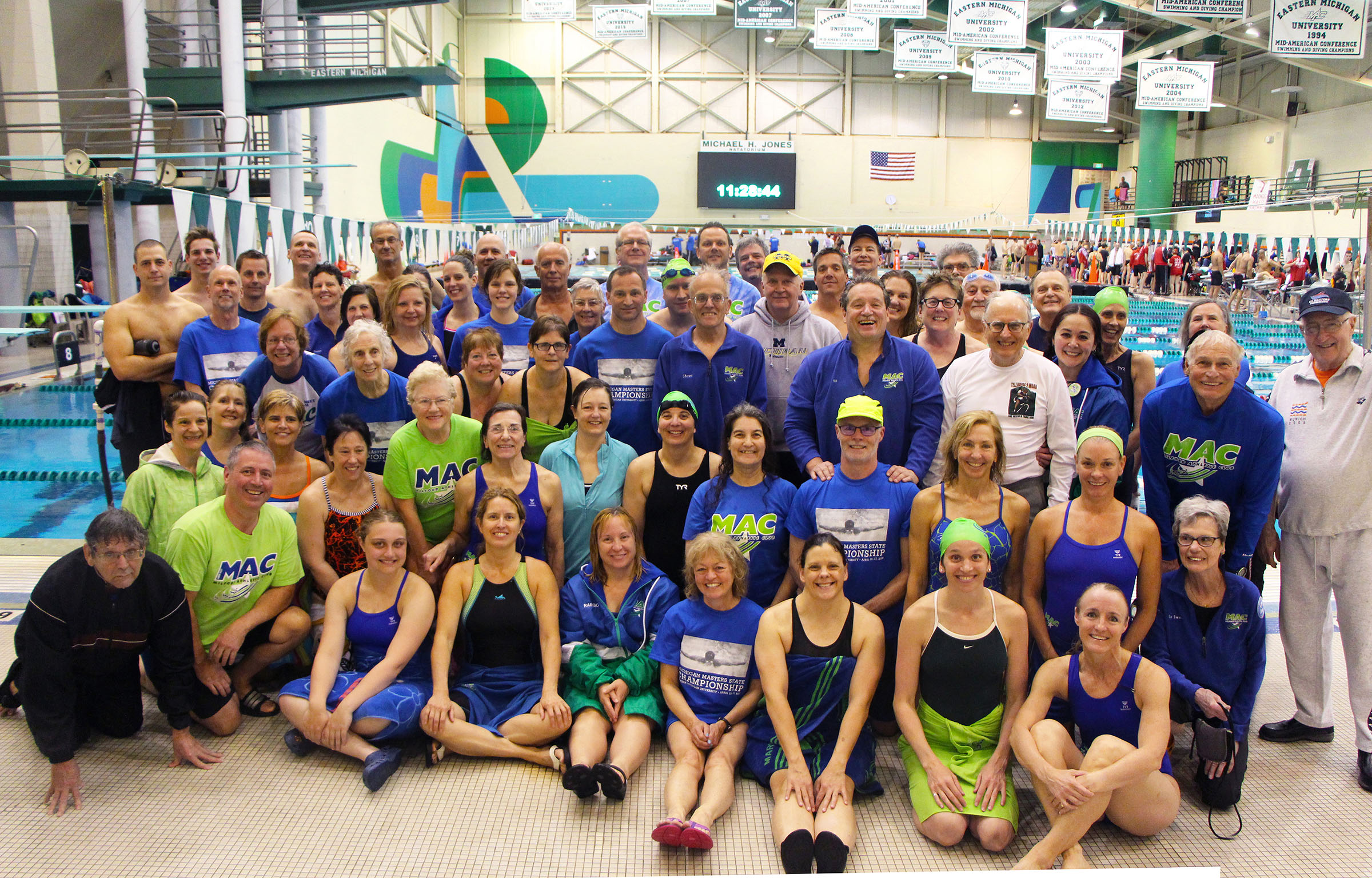 The 44th Annual Michigan Masters State Championships took place at the Michael Jones Natatorium on the campus of Eastern Michigan University. Three-hundred and fifty-one swimmers from 20 teams contested the championship from Friday, April 15th until the meet’s conclusion on Sunday, April 17th, 2016. This was the 11th State Championship meet held at EMU in the 44 year history of the Championship.

The Battle Creek (BCY) won the Small Team Combined and the Women’s Championships. The FAST Swim and Triathlon Club won the Women’s Small Team Championship. New State Meet team such as Kalamazoo ZOOM, My Swim Pro, and Detroit Swims made their State Meet debut and the Michigan LMSC welcomes these new teams and from the performances of the swimmers, they will be a force in the future.

RESULTS from the 2016 State Championship Meet: