Over 20+ years in USMS and Michigan Masters swimming. 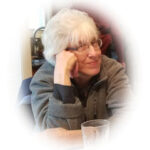 My background in engineering and being a member of the Michigan Masters group for over 15 years has given me the knowledge necessary to do a great job.  My background includes:

Between my position at the Wyandotte Auxiliary, my engineering career and being retired, I have the necessary qualifications and time required for the Membership Coordinator position.  I look forward in serving the Michigan Masters Community.

Over 25+ years in USMS and Michigan Masters swimming. 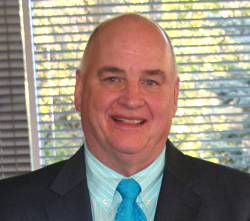 Not only have I held almost all elected offices in our LMSC, but I have contributed an immense amount of time and effort to ensure that our LMSC is active and vital.  I acted as Coach for the SOS Masters Swim Team for more than 25 years, and also during that time served as Michigan LMSC Club Coordinator for our club teams at National USMS and YMCA Meets, most recently leading our Michigan Masters Club to a second place Regional Team finish at the 2018 SCY Spring USMS Nationals held in Indianapolis.

On April 16, 2011 at the Michigan Masters State Championship Meet, I was presented the prestigious Lifetime Achievement Award. The recipient of this award is an individual who has demonstrated outstanding voluntary contributions and a lifetime dedication and devotion to the objectives of Masters swimming in Michigan. In the last year I celebrated my 41st year as a Michigan Masters registered swimmer and I am one of only 3 swimmers that have been a continuous member for 41 straight years.

On April 19, 2020 on a USMS ZOOM surprise meeting, I was presented the prestigious Ransom J. Arthur Award from the USMS National Organization for extensive volunteer service and this coveted award goes to the volunteer who has done the most to further the objectives of Masters swimming and has been awarded since 1973.

The following is a brief overview of my accomplishments within the Master’s swimming community.

I started running the local SCY/SCM meets from 1984 until 2019 at OCC, U of M, and EMU. I started running the Dearborn/EMU Long Course Meets in 1987 until 2019 for 32straight years. In addition to these local meets, I have been Meet Director for 15 State Championship Meets in a 34 year span and that is more than anyone in Michigan LMSC. I was elected Treasurer in 1987 for my first LMSC Officer position and have served terms of Secretary, Records/Top Ten, Fitness Chair, Coaches Chair, Officials Chair, Vice Chair, and LMSC Chair. The only volunteer position I have not filled is that of Registrar Coordinator.  In 1991, I received the Chetrick Award for outstanding service to the Michigan LMSC.

At the National level of USMS, I have served on the Championship, Long Range Planning, Coaches, Rules, Legislation, Zone, and Nominating Committees. I have been involved in special projects at the National level, such as the USMS National Elections, USMS National Time Standards, USMS Coach of the Year parameters, and the USMS History and Archives project. In 1999, I received the Dorothy Donnelly USMS Service Award for outstanding service to the National Organization.

Some recent accomplishments that have been spearheaded by myself in the past 15 years include: initiation of online registration for the Michigan Masters State Championship Meet, proposing a rule change at the National USMS level allowing 18 year-olds to swim in Masters meets, initiating a change to the universal use of HyTek Meet Manager software by all hosts of Michigan Masters swim meets, overseeing the reporting of recent meet results on the Michigan Masters website and on the Events Results database on the USMS website (which enables our swimmers to gauge how their times compare to others in their age group), and acting as Michigan Masters liaison for new swimmers seeking information about teams/workout groups or masters swimming in general. In 2011, Sally Guthrie and I initiated the first annual LMSC Awards banquet to honor swimmers accomplishments in and out of the water. It was a large success and the LMSC has hosted 9 successful Awards banquets since that time.

I have been coaching within Michigan Masters since 1984, coached the South Oakland Seals from 1984 until 2008 and in that 25 year time frame won 15 Large and 3 Small Team Championships. From the fall of 1988 until the spring of 2000, the South Oakland Seals won 12 straight State Championships at 9 different facilities around the state of Michigan.  In 1996, at the USMS Long Course Nationals in Ann Arbor, coached the Michigan Masters team of 228 swimmers to a Women’s, Men’s, and Combined National Championship. I have been team rep/coach every year except 1995 at the USMS Nationals that I have attended. For these efforts I was selected the 2000 USMS Coach of the Year from the USMS Coaches Committee for both my local and national accomplishments.

I believe in PVC, which stands for Participation, Volunteerism, and Competition. I strive to do each of these every year. Currently, I have participated in 37 straight State Championship meets dating back to 1983. Currently, I have been a USMS delegate for 35 straight years and that is the longest continuous years of any Michigan LMSC swimmer and was featured in the March/April 2011 issue of Swimmer magazine in the section “Inside USMS” for the Volunteer Profile. Since 1987, I have competed in at least 1 USMS National Championship Pool Meet for 35 straight years (with the exception of the 2020 COVID19 year) and have dedicated a major portion of my life of over 40 years to ensuring that the Michigan LMSC runs efficiently so that swimmers in our LMSC can enjoy their masters swimming experience.

Resume of my responsibilities as a Volunteer

There are no upcoming events at this time.